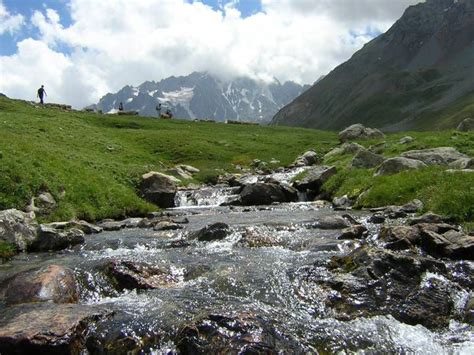 First, torrenting itself is not illegal. it depends on what you’re torrenting, and which country you live in.

Sharing files over a peer-to-peer (P2P) server is legal, and has always been, well within your rights. However, potential issues arise when the files being shared contain copyrighted information, such as movies and music. This is where piracy gets involved, and things become a bit more complicated as well as the answer to a question “are torrents illegal or what”.

The word ‘piracy’ first came about in the 18th century. People who broke copyright laws were charged under the Piracy Act. Since torrenting today is a closely related concept, people often believe that torrenting is also illegal. However, piracy is generally committed for financial reasons, and when you share one of your favourite files on the internet, you are likely not doing it for financial gain. But let’s dig this question “is torrenting illegal” a bit deeper.

How to torrent safely

Privacy has almost become a luxury and not something that you should take lightly. Most torrenters use Virtual Private Networks (VPNs) that hide their internet activity from their internet service provider (ISP).

The safest countries for torrenting

Since digital file sharing has surpassed more traditional ways of enjoying music, movies and many other forms of entertainment, the popularity of torrenting has exploded. It has caused a stir in the industry, as some old-school content owners are not yet ready to adapt to the new way of doing business. However, there are a few countries that are embracing, or at least looking the other way, when it comes to the use of torrents.

Mexico has turned a blind eye to torrenters

Although the Mexican government has rules and laws that forbid torrenting, these laws have yet to be enforced. Recent studies show that over 90% of all internet users in Mexico download music using torrents every single day. While no cases have been reported of arrests for torrenting, it’s worth remembering that it is technically illegal.

Spain lays down the law

There was a time when it was widely believed that Spain would cut the internet access of those who attempted to download or share files using a torrent. The courts decided in 2006 that as long as no financial gains were involved, Spaniards are free to enjoy the luxury of downloading and sharing files legally.

On top of this, IP addresses can only be obtained by law enforcement. Spain appears to have seen the forest for the trees and essentially legalized torrenting completely. They have acknowledged, however, that the law will take its course in cases where piracy occurs. So, you are able to share as much data as you like, but you cannot make any money out of it. Although there were objections, it is now legal and you can torrent as much as you like.

The Swiss are known to be more liberal, so it should come as no surprise that torrenting is 100% legal in Switzerland. It is perfectly normal and acceptable to download anything, as long as you strictly use it for personal reasons. If you are not planning to sell the work you download, you are free to enjoy torrenting as much as you like.

The Netherlands shares works of art

The Netherlands has an interesting approach making it even more difficult to understand is torrenting illegal or not. The country decided to allow anyone to use torrenting to share works of art. People are allowed to torrent artworks for personal use (not personal gain).

However, this law does not apply to other things such as software.

The Dutch are allowed to download art but not to share it. So the next time you are in the Netherlands, remember that it is illegal to upload anything using a torrent. But, you can simply download torrents from other countries. What is quite confusing is the way the Dutch authorities defined art. Aren’t movies, music and books also works of art?

Is torrenting illegal in US?

Torrenting in the United States is not technically illegal—unless you are downloading copyrighted materials—but the government is still doing its best to crack down on it.

The majority of ISPs throttle any torrent traffic that is detected on their network.

In other words, they make downloading very slow, in an attempt to deter people from doing it. You can get around this by using a good VPN and connecting to servers that are outside the United States.

Is it safe to use torrents?

If you take Switzerland as an example, it is safe to say that you are largely free to torrent what you want, whenever you want. However, if you are in any of the other aforementioned countries, your safety could be much lower. In the Netherlands, your safety might become an issue as soon as you share something; in Mexico, your privacy might be affected, and this alone might become an issue.

Switzerland has privacy laws that make it illegal for third parties to spy on the IP addresses of people who download torrents. But not all of us are lucky enough to enjoy such perks.

So here we are again asking ourselves is torrenting illegal or not, and here is the answer we all enjoy so much – it depends. If you want to remain anonymous and protect your privacy at all times, you should consider investing in the use of a Virtual Private Network for torrenting. If you do this, you are likely to prevent any intrusion or possible legal action as a result of sharing copyrighted materials.