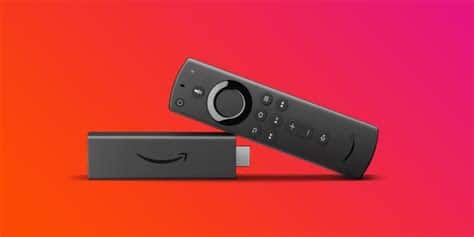 How to safely use a Firestick without being tracked? Powered by Vpnzr

The Amazon Firestick is a fantastic low budged device for streaming, but on the downside their comes a price of collecting user data. When paired with Alexa, you can use voice controls, which enables you to change channels without even touching the remote.

The Firestick, like other Amazon devices, pinpoints your exact location and tracks your data. Your location has to be on for Alexa to function correctly, and there is no actually way off turning it off completely without having root access! (Which we will briefly explain at the end of the post). Some people are unaware of this or are not concerned about it. For others, this is of grave concern and do not want Amazon to have access to so much of their information all the time.

If you want to hide your location and get more privacy, keep reading.

Unlike Facebook and Google, which slyly follow you around on your mobile phone and elsewhere to slip in more product sells, even if you’re not using their apps, Amazon is rather upfront about the information it collects, even if it’s hidden in several pages of a help menu.

Amazon insists that it doesn’t willfully listen to you at home, only when you use the wake word. After spending a few days testing the firestick i went and backtracked my histroy and found that alexa would randomly awake and record odd words like south, go and one. It would make you wonder.

A few years ago, Amazon got some bad press  when Bloomberg reported that thousands of Amazon workers were employed to listen to Echo recordings.

If you want to hide your location and get more privacy, Here is a list of working steps to keep you protected

Opting out of Data Sharing

All Amazon devices, including the Firestick, track user data by default. If you want to opt out.

While this setup is enough to satisfy most users piece of mind and is enough to keep you protected and secure while streaming with your favorite IPTV provider! Some users want extra clarity and more control for the ultimate streaming device with no limits.

How to Disable Location Settings system-wide

The situation with your location settings is a bit trickier than opting out of data collection. That’s because there is no way to turn off your location on a Firestick regardless what you might read.

The only way to get around the Firestick’s privacy settings is to install a VPN. Once you have your VPN in place, you can trick your Firestick into thinking that you’re in another location.

After that, updating your location is quite easy. You go into your Preferences and update your location. The fact that you can take this device with you no matter where you go is one of its main selling points, after all. However, there is no way to stop it from tracking your GPS location, even once you have installed a VPN. The only workaround would be getting rid of fire OS and install a custom rom based on Android open source, which fire OS is built on. This would be the ultimate streaming machine where users have full control and no more unwanted system apps that slow down your device. This requires full system administrator rights.

Root or not? is it safe?

But the downside of having full system administrator rights is it’s quite technical and depends on what model you have, one wrong command could brick your device.

This is most commonly known as rooting or jailbreaking! There are so many mixed reviews and reports on this. A lot of the information on this is very misleading and made out to be dangerous and a security risk. This is all put out by the big tech companies to keep users locked out of their devices .

Any old timers like myself who grow up tinkering with linux systems knows you gotta have root privileges, what is the point of owning a device that you can’t control but rely on the word of a 3th party like tech companies that tell you it’s for your safety. it’s ironic how the general public accepts this without much thought.

Too clear things up, being a full root user is safe as long as the user knows what they are doing and has the proper skills , the problem is people are misled from learning how their devices work and are distracted by addicted apps and social media. Developers and the Hobbyists have been years fighting back, developing root kits for the community, as the community gets smaller each year it gives the big tech companies an advantage to throw out more system patch updates to make it harder to exploit.

The forgotten not so long ago past!

Their was a time when Jail breaking/rooting was widely accepted and had great user community.

In 2007 Apple released the first iPhone, The majority of IPhone owners were developers and hobbyists including myself, But we quickly got bored of IOS with its restrictions. the development community thrived and started sharing ideas for a better IOS.

Mr. George Hotz also knowen as geohot was the first to quickly jailbreak the iphone and led a way for others to experiment. Apple didn’t mined so much at the start because some users started making patches for common bugs in IOS.

Jay Freeman who is more commonly known online by the pseudonym ‘saurik’ and since its inception in 2008 the alternative to the Apple App Store has grown and grown. That being said the intention behind Cydia for jailbroken iPhones was never just to offer alternative apps. Instead, it has also been used for new features and while the Apple app store allows various applications to be installed, Cydia can tweak your whole iPhone and add a new default feature or function via a simple download. For early users of the iPhone circa  2008-2010, this was a major advancement in technology and quickly build up a great user community where people shared and tested new features and ideas. All most every Iphone user at the time depending where you lived was jailbroken and well informed. It was definitely better times!

This is an great example what people can achieve. Now days if you mention the word jailbreak to an iPhone user you are labeled crazy and its not safe.

Stay tuned ! We will get more in depth how to safety root your firestick in future posts.